British Academy Film and Television Arts Awards took place in London’s Royal Albert Hall on 12th of February. We were amazed by the dresses and the awards and the winners at the BAFTA awards. But there was nothing too surprising about the whole event, as we knew La La Land was going to win big and it did! Who did not see that coming? What came as a surprise were the best looks from the event and all our favorite stars dressed in our favorite designer attires.

Here is our list of Best Dressed from the BAFTA Awards:

Her majesty, the Duchess of Cambridge attended the award show alongside her husband, the Duke of Cambridge, Prince William. She was all smiles in a black dress and loose bun! She was a picture of sophistication with the right touch of down to earth in an Alexander McQueen dress.

Isabelle was seen in a white dress which covered her from head to toe. The long sleeves and the extra long gown, all looked so generously pretty on her. We couldn’t get enough of the star! The touch of those buttons on her sleeve, and the ban collar of her dress, everything was perfect. She was wearing a Chloe.

The actress ditched the light colors and the usual trend of BAFTA which goes with elegance and all. She wore a bright silvery dress that showed one of her shoulder and we believe it all added to her hotness. The open hair and make up on her face also got alone with the whole idea. She wore an Atelier Versace. 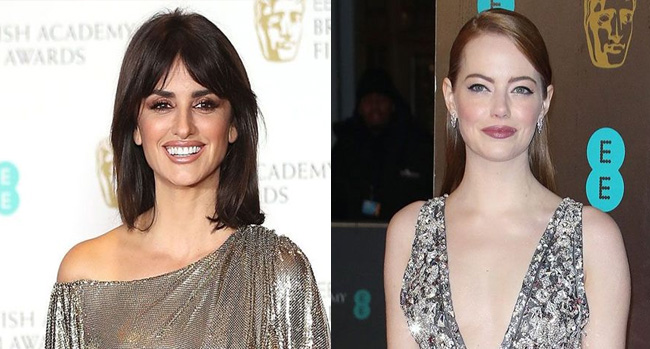 Our favorite actress looked the best in a very beautiful shade of green! All her hair off her face and behind her in a tight, neat bun! She had dark eye makeup and light pink lips. The long gown of her was by Tom Ford. She looked exquisite.

The Game of Thrones star wore a black, long sleeved dress which had a slit to show the right amount of her very much toned leg. She paired it with black heels and open hair with very dramatic make up. The combination of the darker shade of black of her top and shiny part of her bottom made perfect sense to all of us. She was wearing a Louis Vuitton dress.

The star of the night, the biggest winner is enjoying the peak of her career as she attends all the big awards and wins at all of them. She wore a different dress than most which had trousers with them but the shiny material was too good for our eyes. The La La Land star chose Chanel for her look at BAFTA awards.

Do you agree with us on our list of Best Dressed from the BAFTA awards or do you believe we missed your favorite? Let us know what you believe and share your opinion about this with us!