The prearranged spin-off to the Star Wars charter presenting the scoundrel smuggler, Han Solo, finally has a new NAME. The film is going to be released in coming year 2018 and has been named as ‘A Star Wars Story’.

As the 2nd impartial Star Wars story, it trails the style of the first, which was titled as ‘Rogue One: A Star Wars Story’.

This is a break of the tradition that has been followed by Star Wars since so long i.e. the ‘standalone’ features this tie don’t features the previous iconic ‘opening crawl’ theme or the theme designed by John Williams.

The new title of the film was announced by the director of the film, Ron Howard, on social media. Along with announcing the name, the director also confirmed that the movie had draped production. Ron Howard joined the production team quite late in his life. He replaced the previous director Chris Miller and Phil Lord. 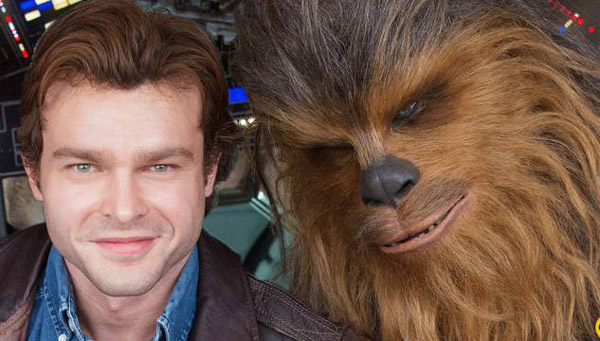 The film features Donald Glover as Lando Calrissian, Alden Ehrenreich as Solo and Jonas Suotamo as Chewbacca. The film is an origin story for the character that focuses on the beginning of Solo’s smuggler career. The movie script has been written by Jon Kasdan and Lawrence Kasdan. Lawrence is 66 years old and was the co-writer of the 2nd and 3rd original story Star Wars trilogy films, ‘The Empire Strikes Back and Return of the Jedi’.

In the beginning of the Star Wars movie charter, the character of ‘Han Solo’ was agreed a spin-off handling in 3 novels written by the author ‘Brian Daley’ in the year 1979 & 1980.

These books, along with a fourth addition, ‘Splinter of the Mind’s Eye’, published in the year 1978. It was the first novel spin-offs to the Star Wars story.